CBD as a natural supplement in relieving menopausal symptoms

In a woman’s life, she goes though various periods that bring about a number of physiological and psychological changes. One of the key periods is the transition from the reproductive phase to menopause, which is a unique journey for every woman.

And it cannot be avoided. It simply comes and there’s nothing anyone can do about it. Menopause is therefore understood as a part of every woman’s life and not as a medical condition.

Usually, a woman enters menopause between the ages of 45-55, but the onset and duration of menopause vary from woman to woman. The onset depends on several factors. Approximately 1% of women experience menopause before the age of 40. The statistical research for Slovenia shows that women enter the period of menopause at the age of about 47.

The onset is largely genetically predetermined. In addition to the natural process of reducing reproductive hormones, the onset of menopause may be influenced by other processes, such as ovarian removal, chemotherapy, primary ovarian insufficiency (primary ovarian deficiency), etc. Smoking also has a major impact on the onset of menopause, namely in smokers, menopause occurs faster than in non-smokers.

At the beginning of menopause, menstrual periods are irregular until they disappear completely. That’s why we only start talking about menopause when a woman has gone more than 12 months without menstruation.

Menopause marks the end of a woman’s menstrual cycles or fertile period, and is accompanied by a number of symptoms that affect more or less not only the woman, but also everyone around her.

The most common symptoms are as follows:

Short-term symptoms may start before the onset of menopause, during the so-called perimenopause. During this premenopausal period, the level of sex hormones, progesterone and estrogen, varies widely.

At first glance, short-term symptoms seem much more disturbing than long-term ones, as they deteriorate the quality of life, but unlike long-term symptoms, they do not affect the health of the woman. The initial stages are characterized by menstrual cycle disorders, irregular and stronger periods, malaise, nervousness and insomnia.

Even before the onset of menopause, some women report having heat flushes. As estrogen and progesterone, the female sex hormones, decline, the symptoms of menopause become more severe. The most famous symptom is heat flushes, an laternating feeling of chills and feverishness. 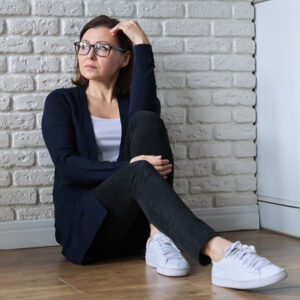 The reduction of estrogen increases the risk of developing heart disease, dementia and osteoporosis in women.

During the menopause, bone density is also reduced, which increases the risk of bone damage.

Physiological changes occurring inside a woman’s body force her to conserve energy, which in turn means a that weight loss becomes even more difficult compared to before the menopause period, which is why many women report a weight increase of up to 10 kg. The long-term symptoms of menopause are also reflected in more frequent inflammations of the urinary tract.

Menopause does not happen all at once, it is a multi-year process that is divided into three periods: perimenopause, menopause and postmenopause.

Menopause is accompanied by many symptoms, the most common of which are heat flushes and mood swings. These are all expected processes for this period, as the female body undergoes major changes and hormonal imbalances. Hormonal imbalances can also lead to depression, insomnia or anxiety.

However, menopause may also lead to bone density loss, thus leading to osteoporosis and an increased risk of heart attack and stroke. Estrogen plays a very important role in maintaining strong and firm bones, so it is not unusual for women to lose as much as 25% of bone mass due to estrogen deficiency during menopause.

Though menopause can also be a lovely period despite unpleasant symptoms. How can we naturally relieve the symptoms of menopause?

One of the common ways to deal with symptoms of menopause is through hormonal therapy, which also has its disadvantages. The treatment involves adding a lower dose of estrogen, which only partially alleviates the above-mentioned symptoms.

As a result, more and more women are resorting to natural ways to relieve mild menopausal symptoms, namely by changing their lifestyle. During menopause, nutrition and physical activity take on a huge role.

A healthy mind in a healthy body is a Slovene saying that becomes even more important during menopause. Physical activity not only helps improve your well-being, but is also shown to improve sleep patterns and prevents a decrease in bone density.

Let’s also not forget about smoking and excess weight, which can make menopause more difficult. It is recommended to avoid tobacco and to mind your weight gain, thus allowing the body to go through menopause as easily as possible. Regular physical activity and meditation primarily help reduce mood swings and improve concentration.

You can also help alleviate the symptoms of menopause using quality natural remedies,  such as ‘CBD4 – Joy and Happiness in Menopause’. it is the first product on the market that uses an innovative combination of ingredients to relieve both short-term and long-term menopausal symptoms. You can find more about this product here. 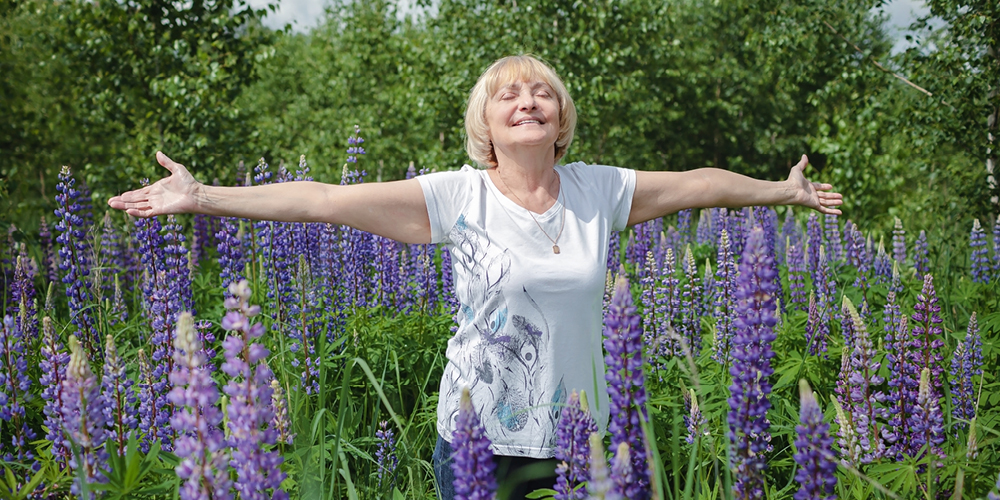 CBD for a carefree menopause

Symptoms accompanying menopause vary immensely for each woman. Not only during menopause – even at a younger age, during menstrual cycles, women often face difficulties that can make them want to curl up in a corner until it passes.

Many girls and women therefore swear by CBD, which is shown to alleviate all types of hormonal imbalances. Women with painful menstruations and endometriosis often use CBD, as it is known to effectively help relieve severe pain and balance hormones as well as for its anti-inflammatory properties.

CBD can also help relieve a number of symptoms that occur during menopause when a woman’s body undergoes a number of changes. 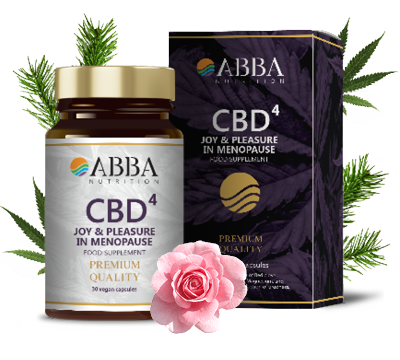 Belinal® extract is obtained from the best parts of white fir branches, which grows in pristine forests, untainted by chemicals. Some studies have shown that the polyphenols (plant vitamins) found in Belinal have a weak estrogenic action and therefore help reduce symptoms of menopause. It has also been shown that Belinal® has a beneficial effect on heart function, slows the aging of the brain, improves cognitive function and reduces the glycemic index. The latter property consequently also helps to control body weight.

Other ingredients that relieve menopausal symptoms

The ‘CBD4 – Joy and Happiness in Menopause’ capsules contain both CBD and white fir extract, and are enriched with other natural ingredients that help relieve the symptoms of menopause.

The Fenugreek seed extract comes from Asia and is a typical herb in the spices of Indian cuisine and is also used in Egypt. In addition to relieving the symptoms of menopause, it also helps to eliminate digestive disorders, acts anti-inflammatory as well as lowers blood sugar and cholesterol.

Black clover extract is also useful in menopause, as it contains phytoestrogens that have a similar effect to estrogen, the level of which begins to decrease in menopause. Black clover is known to reduce the intensity of heat flushes, sweating and emotional imbalances.

Coenzyme Q10 is a component present in every body cell and essential for the metabolism of food into cellular energy. As the production of coenzyme Q10 decreases with age, it is recommended to replace its deficiency with dietary supplements. Although coenzyme Q10 is also present in food (mainly fatty foods), it is practically impossible to consume as much food rich in coenzyme Q10 on a daily basis to meet all the needs for it.

We made sure that our ‘CBD4 – Joy and Happiness in Menopause’ capsules contain all the important natural ingredients that help relieve the symptoms of menopause in one way or another. “The feeling before and after taking CBD4 capsules is unparalleled,” says Aleksandra, who began to notice first symptoms of menopause at the age of 49. “In particular, the intensity of heat flushes has significantly decreased, and the mood is much more stable. Not every little thing upsets me anymore, and my husband can confirm that since I’ve been taking the capsules, I’ve been a completely different person. In a better sense, of course,” Alexandra concludes with a smile on her face.