How to help yourself using dietary supplements for joint problems

Due to aging and daily physical exertion, our joints wear out slowly but steadily. Dietary supplements with the right ingredients can slow down this process and thus make a significant contribution to healthy and flexible joints.

Osteoarthritis is the most common chronic disease that occurs primarily due to cell death and wear on articular cartilage. It usually affects the elderly. Degenerative changes of the joints and spine occur in forty percent of people over the age of sixty-five, while they are present in almost everyone over the age of seventy-five. 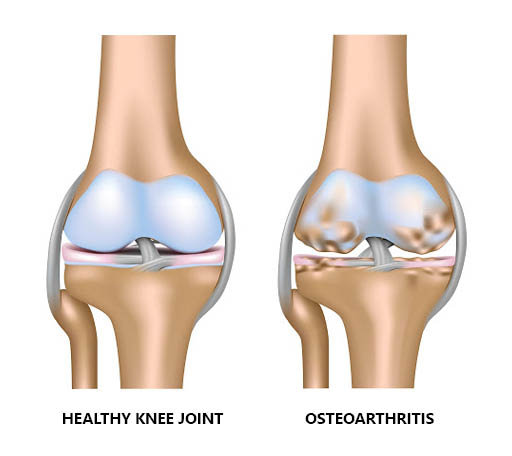 Degenerative changes begin in the articular cartilage which begins to slowly decay. Because the body wants to “correct” this kind of degeneration, it begins to form bone spurs which causes the joint to harden with a decrease in mobility and all of these changes can be quite painful.

Inflammation also occurs, so joint pain is usually slightly more severe after exercise and is greatly reduced at rest. This is the reason why people with osteoarthritis need to watch their weight as obesity affects joints and is also one of the most important risk factors in the progression of changes.

Surgery is required in the worst form of degenerative rheumatism, so it is important to start treating the symptoms as soon as possible to stop them and prevent the disease from progressing.

Rheumatism or rheumatoid arthritis is the most common autoimmune joint disease which can manifest itself at a young age. This is the case in respect of chronic inflammation of the joints which first involves smaller joints such as the wrists, elbows, hand and feet joints, and in later stages it can also involve larger joints and even the spine.

Although the root causes of rheumatoid arthritis are not known, we know that a weakened immune system, hormonal imbalances and stress play a major role in the development of this disease.  In rheumatism, the immune system attacks its own tissues, i.e. joints, and sometimes other organs which leads to chronic inflammation and pain.

Improper diet is one of the main causes of chronic inflammation. Many foods promote inflammation, so when treating rheumatism it is extremely important to be aware of which foods are suitable for relieving rheumatic pain and which are not. 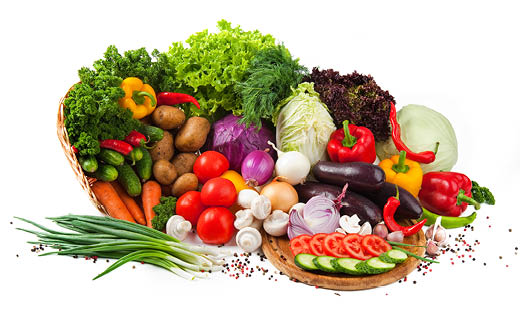 In many patients, a change in diet has proved crucial in the treatment or relieving the symptoms of arthritis. Foods such as dairy products, eggplant, citrus fruits, tomatoes, sugar and poultry are the most common causes of inflammatory diseases, so it is recommended that patients with rheumatism eat as few of these foods as possible and replace them with lots of vegetables and fruits.

It is generally believed that food of animal origin promotes inflammation, so many patients choose a vegetarian diet that helps relieve the symptoms of rheumatism.

It is also recommended to consume antioxidants such as vitamins B, C and E, magnesium, zinc, calcium, selenium and coenzyme Q10. Vitamin C plays a major role in the formation of collagen which is important for the normal functioning of cartilage.

In addition to diet, exercise is also crucial in the treatment of rheumatism. Despite the fact that patients with rheumatism are somewhat limited in movement due to pain, there are still many sports that they can practise. Swimming, Nordic walking and certain strength sports have proven to be an excellent choice in the treatment of rheumatism.  It is advisable to avoid explosive sports such as tennis, football, volleyball and other types of sports that strain the joints, but moderate exercise every day will relieve the pain to a large extent. Exercises in water have proven to be the most effective method but it is certainly extremely important to include stretching in your daily routine.

Heat also has a very beneficial effect on pain relief, so it is recommended that we visit the spa or sauna often. Warm compresses or hot water bottles will also help you feel better.

Every extra kilogram means more pressure on the joints, so in rheumatic diseases it is very important to move a lot and pay attention to body weight. 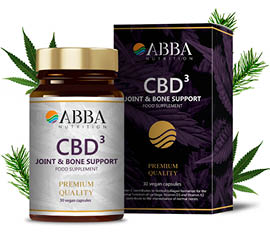 Dietary supplements are one of the best ways to add the finishing touch to your diet and thus help treat arthritis and rheumatism. Abba Nutrition CBD capsules3 contain many natural ingredients that effectively rebuild bones and relieve pain, and their unique formula is intended primarily for people who have joint and bone problems. In addition to CBD, which comprehensively helps in relieving pain and treating rheumatoid arthritis, Abba Nutrition capsules also contain white fir extract, known as Belinal, calcium, glucosamine, collagen and additional vitamins that strengthen bones and the immune system. All of these ingredients have proved to relieve or even eliminate the symptoms of rheumatism.

Because of these properties, CBD has proved to be extremely effective in the treatment of rheumatoid arthritis. Since rheumatism is a disease state where the symptoms are already more pronounced, we recommend the use of products with a higher concentration of CBD. CBD not only relieves the symptoms of arthritis, but also inhibits its further development. CBD is therefore a great alternative for those patients who want to help themselves in a natural way.

Fir extract Belinal as an effective remedy for arthritis

For centuries, the fir tree has symbolised strength, health and virtue, as well as a long life, being a durable tree. Even our ancestors in the mountainous regions of Europe were preparing herbal teas and creating home remedies from it which cured colds and joint pains, and even today the tradition continues where we see families putting up a Christmas tree in their homes in the belief that it will help keep them healthy during the winter period.

The white fir tree is extremely rich in polyphenols or plant vitamins which, due to its antimicrobial, anti-inflammatory and antioxidant properties, strengthen the immune system, protect against diseases, microbes and UV radiation.

Belinal extract is obtained from the best parts of the fir which grows in pristine forests. State-of-the-art processes, without employing alcohol and other solvents, provide the purest natural ingredients without using any chemicals, and these are key to unlocking the healing potential of polyphenols. The quality of Belinala extract is supported by laboratory research and its health effects are supported by clinical studies.

How Belinal affects health and well-being

One of the most common diseases in which Belinal has proved to be an effective remedy is diabetes. Belinal lowers the glycemic index and thus reduces the risk of developing type II diabetes, and it also reduces fatigue and hunger pangs in diabetics. It has a beneficial effect on body weight and helps maintain normal blood glucose levels.

Due to its strong antioxidant and anti-inflammatory properties, Belinal is very popular with athletes since it reduces muscle fatigue after training and accelerates their regeneration.  Belinal is also widely used in cosmetics as it does not only affect muscle regeneration after intense training, but it also promotes skin regeneration and improves its appearance. It is known that Belinal smooths wrinkles, moisturises the skin and increases its elasticity while protecting it from UV rays.

White fir extract has long been used for the treatment of influenza and colds. Belinal neutralises free radicals and therefore helps strengthen the immune system. It is therefore an effective drug, not only for relieving flu symptoms but also other autoimmune diseases.

It is has been proven that the extract of fir branches inhibits the growth of cancer cells, and Belinal also relaxes the blood vessels of the brain, speeds up circulation and thus improves concentration and cognitive functions.

In addition to the active substances already mentioned, fir extract has proved to be an effective remedy for relieving the symptoms of rheumatism and arthritis. Not only does it have an anti-inflammatory effect, but it also accelerates the regeneration of joint cartilage and connective tissue, thus improving joint mobility.

Glucosamine is an integral part of cell walls and the connective molecules in cells, so it plays an extremely important role in the construction of joints, the formation of tendons, ligaments, bones, joint fluid and is indispensable in maintaining healthy joints and mobility. It is obtained from the chitin of shells, and was first isolated in the second half of the 19th century by the German surgeon Georg Ledderhose.

Due to the properties mentioned, taking glucosamine is highly recommended for patients with rheumatoid arthritis. It is also popular with athletes as it prevents wear and tear of the cartilage, and according to certain scientists, it should even accelerate its restoration. Glucosamine also has an anti-inflammatory effect, which is why it is one of the most effective dietary supplements in the treatment of rheumatism.

The most important effects of glucosamine in the treatment of rheumatism:

Collagen is an integral part of our muscles, bones, skin, joints and ligaments. It is the most widespread protein which acts as a kind of “glue” with an elastic effect and holds our body together. If it is deficient in the body, our ligaments become weak and the cartilage wears out faster. Collagen therefore plays a key role in maintaining healthy and flexible joints.

With age, collagen production in the body decreases, and this can affect joint overload. One way to get collagen into our body is by taking dietary supplements. Even a small amount of collagen will speed up the process of self-renewal of collagen fibers in the body, and with long-term use, collagen in the body will begin to regenerate in a natural way.

Because collagen is an integral part of cartilage, it is also extremely important in the treatment of rheumatic diseases. Collagen protects and regenerates cartilage and other tissues in the joints and thus helps in relieving the symptoms of rheumatism.

Dietary supplements are one of the ways which can help us treat rheumatoid arthritis. Despite the fact that they can greatly help to relieve symptoms, it is important to take into account your doctor’s opinion, and above all, be careful not to overload your joints, exercise a lot and watch your diet.