Did you know that prostate cancer is one of the most common cancers in men over the age of 50? According to the WHO (World Health Organization), as many as one in six men is diagnosed with prostate cancer.

So prostate cancer is the most common form of cancer that occurs in men, most often after the age of 65, but it can also appear earlier. The prostate is a male gonad located in the pelvis just below the bladder. Its main function is to produce seminal fluid. It is therefore a cancerous growth that appears on the male gonad and grows rapidly over the years.

In recent years, there has been an increase in the active search for prostate cancer in men through the determination of the PSA marker (prostate specific antigen). This has led to the finding that as many as a third of men who die from other causes are also diagnosed with prostate cancer at autopsy. It is therefore the most common form of cancer in men, as the number of cases has more than doubled in the last decade.

Although prostate cancer can be controlled and cured at early detection, the disease can recur over the years.

The initial signs of prostate cancer appear as frequent urination, especially at night, burning sensation during urination and bloody urine. However, it is important to know that these symptoms may also indicate other, non-cancerous conditions, as urination problems can also be linked to infections, inflammation or other problems.

If prostate cancer has already spread, it can cause perineal pain, difficulty passing stools, ejaculation disorders, abdominal and bone pain, swelling of the testicles and legs, fatigue, lack of appetite and cough.

The cancer usually first appears inside the envelope of the prostate, only then it overgrows the envelope and invades the surrounding tissue or lymph nodes in the pelvis. In rare cases, the cancer can also spread to the spine.

If prostate cancer is detected at an early stage, the chance of recovery is quite high – according to statistics, about 80%. If the cancer has not spread beyond the prostate, doctors most often opt for surgical removal of the prostate and lymph nodes in the small pelvis.

However, if the cancer has already spread to neighboring organs, treatment will most likely be done with help of radiation and hormone therapy, which reduces testosterone levels. Testosterone is the hormone that stimulates the growth of cancer cells in the prostate.

In the most severe forms of prostate cancer, which has spread far out to the spine, only chemotherapy in combination with hormone therapy is viable.

Cancer is one of the most common causes of death, and it is not surprising that research in recent years has focused on alternative treatments for cancer, including CBD treatment.

Although many studies have already shown that CBD can be very successful in fighting cancer, it is important to understand that there are a huge variety of cancers that are very different from each other. CBD can therefore be successful in treating only some cancers, while in others it has no specific effects.

However, many studies nevertheless confirm that CBD not only works successfully in the treatment of cancer itself, but also helps alleviate many of the symptoms brought on by the disease.

Of course, like other agents, CBD is much more effective in treating cancer if it is detected at an early stage.

However, the effects of CBD on cancer treatment cannot be generalized, as different types of cancer respond differently to CBD. Although it has proven to be an extremely effective drug in many cases, it is less or even ineffective in certain types of cancer.

So how does CBD help treat different types of cancer?

In addition to the above, the extremely positive feature of CBD is that it helps alleviate the side effects that occur in cancer:

CBD has been used for centuries to relieve all types of pain, as it works extremely well against inflammation.

CBD has been shown to be an extremely effective means of reducing chemotherapy-induced nausea and vomiting.

Weight loss is often the result of cancer and chemotherapy. CBD boosts appetite and thus helps to gain weight.

Some laboratory tests performed on animals even prove that CBD destroys cancer cells and at the same time protects normal or. healthy cells. However, the effects of CBD are also reflected in the fact that when taken regularly, cancer cells are more difficult to nest in other organs and thus more difficult to divide and spread further.

Another important property of CBD is that it generally strengthens the immune system, which helps the body fight cancer more easily and recover faster after strenuous chemotherapy.

“At the age of 52, I was diagnosed with breast cancer and chemotherapy was an extremely difficult process for me. Vomiting and pain were almost unbearable, so I decided to try 35% CBD resin. The effects were amazing. The pain subsided, the nausea stopped, and I soon gained my lost appetite and my body slowly regained its lost weight.”
Mojca P. 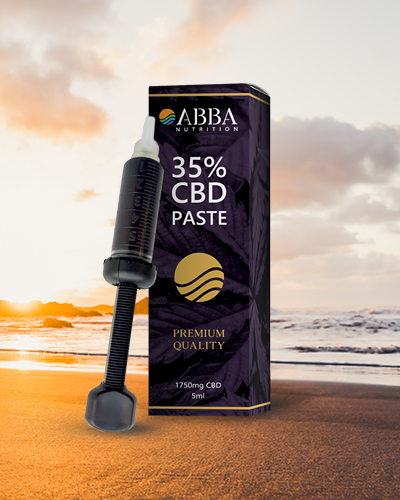 CBD has been shown to be an effective complementary agent to chemotherapy in the fight against cancer. Namely, chemotherapy brings extremely strong side effects, which is why CBD is very welcome in the treatment process.

It has long been known that CBD helps relieve the symptoms of cancer and chemotherapy.

Many patients have confirmed that taking CBD has helped them relieve nausea from chemotherapy, and many are also feeling its anti-inflammatory effects to help relieve pain.

CBD also reduces nausea, stimulates appetite and thus inhibits excessive weight loss, and has also been shown to be an excellent agent in improving the sleep of cancer patients.

Treatment of prostate cancer with CBD

Cancer cells are said to have higher levels of CB1 and CB2 receptors and are therefore much more responsive to CBD.

As mentioned earlier, CBD also has a synergistic effect in chemotherapy, making its effects in cancer treatment even greater, and in recent years it has also been used by many physicians as an adjunct to conventional cancer drugs.

2. It reduces the activity of hormone receptors, which are the main cause of cancer cell formation.

3. It prevents the formation of tumor blood vessels that prostate cancer needs to “feed”.

“As soon as I was diagnosed with prostate cancer, in addition to the classic treatment, I decided on a complementary alternative treatment. In addition to various therapies and bioresonance, I started using CBD drops regularly. Within a few weeks, I noticed an amazing change in how I felt, and 9 months later, doctors confirmed that the tumor had completely disappeared. I can say with certainty that the combination of all the treatments I used helped my fight against prostate cancer and that CBD also played a big role in that.”
Marjan B.