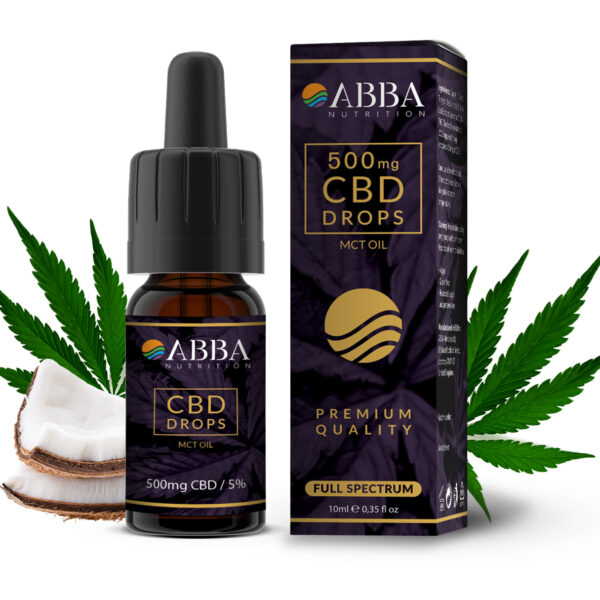 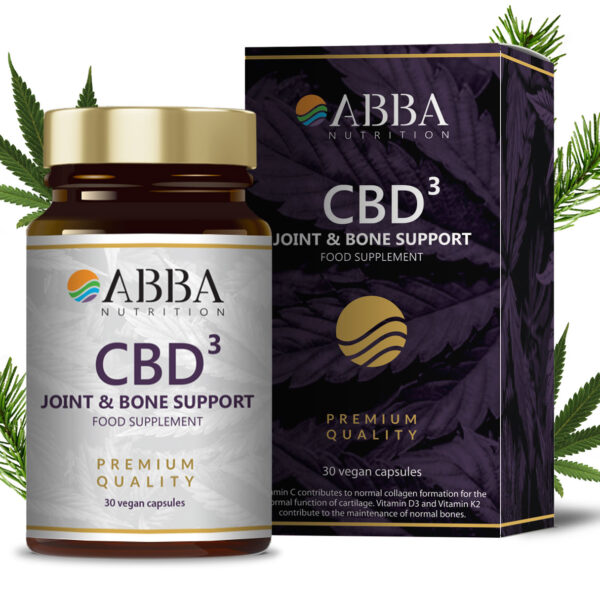 Capsules for a happy and joyous menopause

Joy and Happiness in Menopause CBD4  is a dietary supplement with the optimal combination of vitamins and minerals such as black clover isoflavos, vitamin C, vitamin B6 as well as magnesium and iron, all helping to reduce fatigue, regulate hormones, improve the general well-being and contribute to normal psychological function.  It is recommended for women aged over 45 in order to relieve menopausal symptoms such as insomnia, hot flushes and night sweats, mood swings, depression, low libido, vaginal dryness, malaise, hair thinning and dry skin. Treat yourself to a capsule every day and enjoy your menopause!

Advantages of capsules for a happy and joyous menopause:

It is the first product on the market that uses an innovative combination of ingredients to relieve both short-term and long-term menopausal symptoms.

Everything you need at the onset of menopause in one dietary supplement.

CBD and white fir are particularly beneficial as they positively affect numerous bodily functions during menopause.

The capsules are safe to use as they do not contain dyes, sweeteners, preservatives or gluten.

The ingredients in these capsules are carefully selected:

is a purified and crystallized form of hemp extract of premium quality with more than 99 % cannabidiol CBD content. The CBD isolate is obtained from filtered hemp extract using modern extraction methods. It does not contain THC. The CBD in these capsules is obtained from Cannabis sativa L. Var.  Sativa hemp buds. The substances found in this extremely rich plant are called – here we have CBD (cannabidiol) in its purest form.

CBD isolate has the advantage of being the purest and strongest form of CBD. There is no risk of psychoactive effects, nor is there a risk that the drug test results would be positive. The advantages of CBD isolate include high purity, consistency, stability, ease of handling, ease of measurement and dosing. CBD isolate has no flavour or odour, contains no heavy metals and pesticides, is manufactured in accordance with FSMA, GMP, HACCP, FALCPA standards, and is registered with the FDA.

Belinal® is a Slovene patented active substance from white fir branches with clinically proven effects. It has an international Cosmos certificate of natural active substance. It is obtained from the highest quality parts of branches, which are hand-picked in the ecologically pure mountain forests of Slovenia, exclusively from regularly planned felling and by water extraction. It contains polyphenols, which are highly biologically active compounds, which has a beneficial effect on the human body. Low molecular weight polyphenols, namely flavonoids, lignans and phenolic acids, most commonly appear in fir tree tissues. They are abundant in fruits and vegetables, green tea, red wine, cocoa and nuts. In specific parts of the white fir branches, scientists have discovered an extremely diverse composition of 36 different polyphenols, which are characterized by antioxidant and anti-inflammatory action.

Lignans are abundant in white fir tree branch extracts and have a similar chemical structure to phytoestrogens. As many studies claim, phytoestrogens have been proven to alleviate disruptive symptoms during menopause. According to research, Belinal® is expected to help relieve these symptoms. It is important to point out that Belinal®, due to its beneficial effects on health, also alleviates long-term symptoms of menopause, which are much more dangerous for women’s health than short-term ones. It has been shown to have beneficial effects on the cardiovascular system as well as on cognitive functions. It also reduces the glycaemic index of different foods, which consequently contributes to the regulation of normal body weight.

Other proven effects of silver fir extract on health and well-being:

is also recommended for menopausal, premenstrual or prostate problems. It regulates gastrointestinal function and consequently improves the metabolism of vitamins and minerals. Because it contains a lot of dietary fiber, it reduces the absorption of glucose in the gut and improves the metabolism of carbohydrates. Thus, the Greek hay helps to regulate blood sugar and blood cholesterol, which, alongside Belinal®, contributes to the relief of long-term symptoms of menopause.

contains isoflavones. Isoflavones are a type of phytoestrogens that have similar effects to the female hormone estrogen, the level of which begins to decline during menopause. Black clover is an estrogenic adaptogen, which means that it increases or decreases estrogen levels according to women’s hormonal states. Numerous studies show that black clover reduces the frequency of hot flushes, irritability and improves sleep quality.

is an ingredient present in every body cell and essential for the metabolism of food into cellular energy. As the production of coenzyme Q10 decreases with age, its levels need to be replaced using dietary supplements. Although coenzyme Q10 is also present in food (mainly fatty foods), it is practically impossible to consume as much food rich in coenzyme Q10 on a daily basis to meet all the needs for it.

Helps regulate hormones. The consumption of group B vitamins is very important during the menopause period, as they contribute to the reduction of fatigue and exhaustion, contribute to mental performance, maintain healthy hair, play a role in heart function and are essential for the functioning of the nervous system. This is particularly important during this period, as the level of stress increases due to decrease in estrogen levels.

Vitamin C is obtained from rosehip extract, which contains up to 28 times more vitamin C than lemon. In addition to vitamin C, rosehip extract also contains flavonoids. Flavonoids are a group of phytonutrients or plant chemicals found mainly in fruits and vegetables. Their main advantage is their anti-inflammatory and antioxidant benefits. Vitamin C plays an important role in reducing fatigue, the functioning of the nervous system and contributes to the release of energy in metabolism.

contributes to the reduction of fatigue and exhaustion, which are one of the main symptoms of menopause.  It also contributes to a healthy skin and the functioning of the nervous system.

it is a fat-soluble vitamin that is synthesized under the skin when exposed to the sun. Vitamin D3 is beneficial in several health areas. Among other things, it contributes to the normal absorption and consumption of calcium and phosphorus, and contributes to the normal functioning of the immune system. It contributes to the maintenance of healthy bones, which is particularly important for menopausal women as it reduces the risk of osteoporosis. At the same time, it has been proven to play an important role in maintaining good health and well-being in women during menopause.

plays a role in macronutrient metabolism and also contributes to maintaining normal blood glucose levels. Women in menopause often report mood swings and problems with concentration. In addition to chromium, consuming sufficient amounts of magnesium is also important during this period.

contributes to the reduction of fatigue and plays a role in the production of red blood cells and hemoglobin.

READ MORE ABOUT THE INGREDIENTS

We are always at your disposal for various questions and advice.

For all purchases over 90 EUR, delivery by post is free.

Dosage: 1 capsule a day with a glass of water.

READ MORE ABOUT THE INGREDIENTS
WARNING

A dietary supplement is not a substitute for a balanced and varied diet.

The recommended daily amount or dose should not be exceeded.

Keep out of children’s reach and sight!

Pregnant or breastfeeding women need to consult a doctor or a pharmacist before use due to the content of cannabidiol isolate.

The product contains ingredients from the shells of crustaceans and shellfish. People with allergies to shellfish should not take this product.

Payment options: Payment can be made by Credit Card or direct transaction based on a proforma invoice that you receive by email automatically after you have ordered the product. 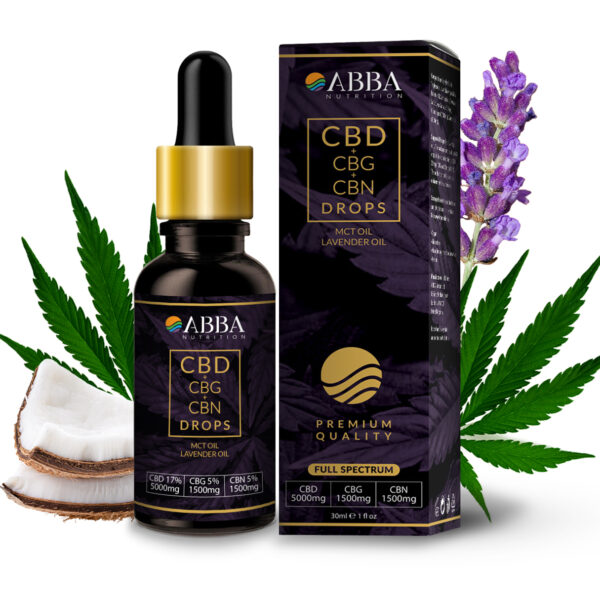